Why some people almost always are successful

How To Motivate Yourself – Self Motivation

Staying motivated is a struggle — our drive is constantly assaulted by negative thoughts and anxiety about the future. Everyone faces doubt and depression. What separates the highly successful is the ability to keep moving forward.
There is no simple solution for a lack of motivation. Even after beating it, the problem reappears at the first sign of failure. The key is understanding your thoughts and how they drive your emotions. By learning how to nurture motivating thoughts, neutralize negative ones, and focus on the task at hand, you can pull yourself out of a slump before it gains momentum.

There are 3 primary reasons we lose motivation.

How to Boost Confidence

The first motivation killer is a lack of confidence. When this happens to me, it’s usually because I’m focusing entirely on what I want and neglecting what I already have. When you only think about what you want, your mind creates explanations for why you aren’t getting it. This creates negative thoughts. Past failures, bad breaks, and personal weaknesses dominate your mind. You become jealous of your competitors and start making excuses for why you can’t succeed. In this state, you tend to make a bad impression, assume the worst about others, and lose self confidence.
The way to get out of this thought pattern is to focus on gratitude. Set aside time to focus on everything positive in your life. Make a mental list of your strengths, past successes, and current advantages. We tend to take our strengths for granted and dwell on our failures. By making an effort to feel grateful, you’ll realize how competent and successful you already are. This will rejuvenate your confidence and get you motivated to build on your current success.
It might sound strange that repeating things you already know can improve your mindset, but it’s amazingly effective. The mind distorts reality to confirm what it wants to believe. The more negatively you think, the more examples your mind will discover to confirm that belief. When you truly believe that you deserve success, your mind will generate ways to achieve it. The best way to bring success to yourself is to genuinely desire to create value for the rest of the world.

The second motivation killer is a lack of focus. How often do you focus on what you don’t want, rather than on a concrete goal? We normally think in terms of fear. I’m afraid of being poor. I’m afraid no one will respect me. I’m afraid of being alone. The problem with this type of thinking is that fear alone isn’t actionable. Instead of doing something about our fear, it feeds on itself and drains our motivation.
If you’re caught up in fear based thinking, the first step is focusing that energy on a well defined goal. By defining a goal, you automatically define a set of actions. If you have a fear of poverty, create a plan to increase your income. It could be going back to school, obtaining a higher paying job, or developing a profitable website. The key is moving from an intangible desire to concrete, measurable steps.
By focusing your mind on a positive goal instead of an ambiguous fear, you put your brain to work. It instantly begins devising a plan for success. Instead of worrying about the future you start to do something about it. This is the first step in motivating yourself to take action. When know what you want, you become motivated to take action.

The final piece in the motivational puzzle is direction. If focus means having an ultimate goal, direction is having a day-to-day strategy to achieve it. A lack of direction kills motivation because without an obvious next action we succumb to procrastination. An example of this is a person who wants to have a popular blog, but who spends more time reading posts about blogging than actually writing articles.
The key to finding direction is identifying the activities that lead to success. For every goal, there are activities that pay off and those that don’t. Make a list of all your activities and arrange them based on results. Then make a make an action plan that focuses on the activities that lead to big returns. To continue the example from above, a blogger’s list would look something like this:
Keeping track of your most important tasks will direct your energy towards success. Without a constant reminder, it’s easy to waste entire days on filler activities like reading RSS feeds, email, and random web surfing.
When my motivation starts to wane, I regain direction by creating a plan that contains two positive actions. The first one should be a small task you’ve been meaning to do, while the second should be a long-term goal. I immediately do the smaller task. This creates positive momentum. After that I take the first step towards achieving the long-term goal. Doing this periodically is great for getting out of a slump, creating positive reinforcement, and getting long-term plans moving.
It’s inevitable that you’ll encounter periods of low energy, bad luck, and even the occasional failure. If you don’t discipline your mind, these minor speed bumps can turn into mental monsters. By being on guard against the top 3 motivation killers you can preserve your motivation and propel yourself to success.
Confidence is KEY to keeping motivated.

Labels: motivate anyone to do anything. is provide them with incentives to motivate themselves, self motivation is essential. You must know how to motivate yourself. You must be able to keep your spirit

I would like to suggest that you stick with the most recommended Forex broker.

If you're looking for a solid contextual advertising network, I recommend you have a look at PropellerAds. 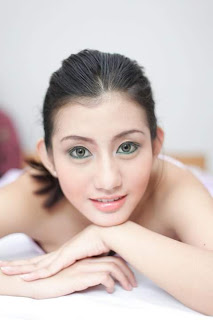 Click here to find out how this is done